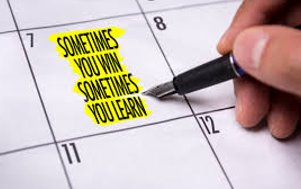 I moved to the East Midlands at the end of 1994 with my wife to take up my second deputy Headship in a large primary school. It was a time when rapid promotion was possible and by this point, after an eventful first six years in teaching, I had taught in three schools – primary schools in Islington and Haringey, and my first Deputy Headship in a First School in Borehamwood, on the outskirts of London. I had taught Years 5, 6, 4 and 2, thrown myself into all the CPD I could find, and been subject leader for Maths and Music. I’d also had a three-month period of acting Headship, covering for a Head who was on sick leave, but always available on the end of a phone.

After two weeks settling into the new school, at a point where I had just about got the names of my colleagues and most of my class sorted, my new Head sat me down in his office. ‘I’ve been waiting to appoint a Deputy’ he told me, ‘so that I can put my retirement plan into action’. The plan was to be signed off by his doctor with high blood pressure and continue on sick leave up to the point where his pay would start to drop, when he would hand his notice in and retire. This is exactly what he did – I was now Acting Head, 31 years old, six years in teaching, in a new city.

The next four terms were challenging but exhilarating. I had a brilliant staff team, great governors and a supportive LA, and I threw myself into the role. I used the knowledge I had gained in London to redraw our curriculum model, prepared for our first ever inspection and taught a class of 44 Year 5 children (yes, really) for half the week. Parents seemed to like me, the staff were supportive and every governors’ meeting ended with a word of thanks and the comment ‘what on earth would we have done if Paul hadn’t been here?’

Finally, the retirement was confirmed and the permanent job advertised. I spent a long time on my application and made sure my preparation was just right. On the day before the interview, I received a card from the staff wishing me luck, and lost count of the number of parents who told me that I was a shoe-in.

The day arrived. There was only one other candidate, a Head from a local school. Everything went well. My presentation was a thing of beauty, my prepared answers slick. I was able to reference all the things that I had done over the past year and show off my detailed knowledge of the school. I went home, rang my wife to give her an update, and awaited the phone call.

You’re probably one step ahead here. The phone call came. The Chair of Governors thanked me for everything I’d done for the school, congratulated me on my performance during the day… and told me they had given the job to the other candidate.

I couldn’t tell you the reasons she gave – I was in no state of mind to listen to them. I mumbled a ‘thank you for letting me know’ and hung up. I sat there feeling slightly numb and was still sat in the same chair when my wife came in an hour later with a bottle of sparkling wine, ready for a celebration which never happened.

My first instinct was to buy that week’s TES and search the Jobs section – I felt cheated, that I’d been lied to. They had taken advantage of me, strung me along while I had kept the school going, only to ditch me at the first opportunity. The next day was hard, I was the victim of my own hubris, but I fronted it out and thanked everyone for their support, all the while dreading the next few weeks during which I would still be the Acting Headteacher – good enough to be the caretaker, but not good enough to be trusted with the job permanently. I resolved to stick around for just long enough to be able to apply for a job without my application looking like a fit of pique.

As it happened, I stayed for two more years. The new Headteacher arrived, and made her presence felt straight away. The office, which had been unchanged in a year apart from a small photo of my wedding and a framed picture of Goodison Park was now resplendent with dried flowers and pot pourri, and inspirational quotes framed on the wall.

Her initial Assembly was brilliant – warm, authoritative, funny – and set the tone for her first few weeks. She suggested we write a School Development Plan. At this point, School Development Plans were like duck-billed platypuses – I had heard of them; I had just never seen one in the flesh. This one was a Rolls-Royce of a plan – sleek and efficient, identified what we needed to do, and set out the how, who and when. A decent start then, in her first few weeks of doing my job.

Over the next two years I watched her at close quarters. She asked people’s opinions, considered them, but was unafraid to make decisions. She had a way of passing on difficult messages supportively and professionally, in a way that didn’t really brook any argument. She was thorough, hardworking, knowledgeable and always professional. The school grew and blossomed under her leadership. Ofsted came, (6 inspectors for a week, with an 80-page report) and liked what they saw.

She was also kind, and took an interest in people. She was particularly kind to me, and instinctively knew that she was dealing with someone with a bruised and fragile ego. She had a way of giving me good advice whilst at the same time making it sound like she was asking my opinion, and without realizing it, I was learning my trade every day. It was my Head Teacher apprenticeship.

Eventually, I felt I was ready, and applied for headships. The first one I didn’t get, up against a strong and well-respected internal candidate. The second one was different – I knew I had a chance and it felt like a good fit.

There was a moment in the final interview when the LA representative on the panel asked me ‘What makes you think you are ready to be a Headteacher?’ I can’t remember my answer, probably a fairly anodyne and cliched response. However, I do remember it as a moment of clarity. I could not be certain that I was ready, but I was absolutely certain that I hadn’t been ready two years earlier.

It had felt like my period of Acting Headship had been the archetypal steep learning curve. However, the real learning was done afterwards. You learn by observing expert practitioners, who coach you and allow you the freedom to try things and fail safely. I learnt because there were people who were prepared to make the right decision, even though it was not the one I wanted.

It’s common to see social media posts from disappointed people who haven’t been given their dream job. After a few years in any career, most of us can empathise and sympathise with that feeling. I suppose the point of this story is that in the moment of disappointment it’s hard to see the bigger picture, and the job that is the perfect fit for each of us is by definition the one we eventually get.

In the meantime, every application and interview really is a learning experience. As Henry Ford said ‘Failure is simply the opportunity to begin again, this time more intelligently’. It just sometimes takes time to realise it.

I'm the Chief Executive Officer of the White Hills Park Trust, a current Ofsted Lead Inspector, former Head of both primary and secondary schools, and a former LA School Improvement Adviser, as well as being a practising teacher. I am interested in schools and school systems built on generous collaboration, collective responsibility and strong values. My blog is a place where I share my thoughts and ideas on the world of education and school leadership, with the aim of provoking debate and discussion. Click the logo above to read more. View all posts by Dr Heery