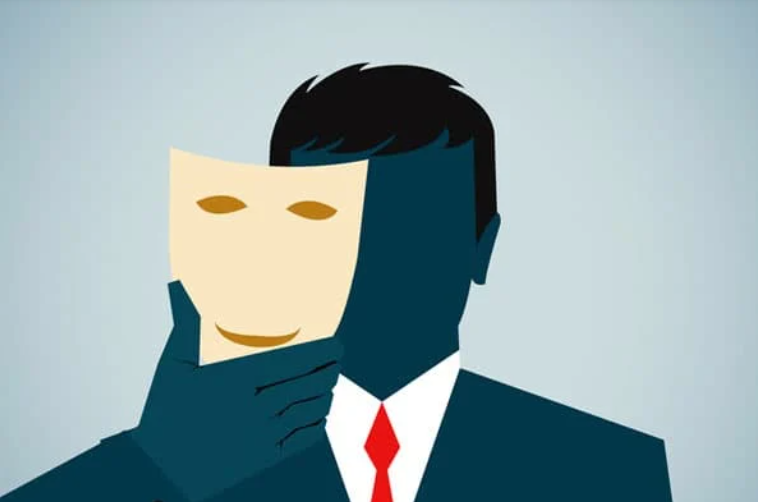 I’m sure you will be familiar with the Imposter Syndrome phenomenon – it’s commonly felt by someone following a promotion, and is the inescapable feeling that they have somehow succeeded in getting the job under false pretenses. At any moment they fear they could be found out and sent back to their rightful position.

Head Teachers seem to be particularly vulnerable. I’ve rarely spoken to a fellow Head who hasn’t felt this, particularly when first taking over a job, although for many of us, it never completely goes. It’s part of the loneliness of the job, the fact that honest and impartial feedback is difficult to obtain, and so many of us feel the need to present an air of competence which would be shattered if we suddenly turned round and asked ‘How am I doing?’

I’m no exception. I have all too vivid memories of sitting behind my desk, having given my most confident and reassuring smile to my new team, closing the door and thinking ‘what the hell do I do now?’ No amount of time in SLT meetings, or even assuming the acting Head role prepares you for that buck-stops-here feeling. It’s been useful to understand the syndrome, comforting to appreciate that what I have felt has been an entirely natural reaction to the situation.

However, it turns out I was wrong. With the benefit of hindsight and experience, I realise that I never actually had Imposter Syndrome at all. Turns out I really was an Imposter.

Not quite at the level of the occasional news stories where someone has faked their medical certificates, got a job as a doctor, and is merrily carrying out complicated operations before they’re finally rumbled by someone who knew them years ago and remembered them as a slightly eccentric individual with 3 GCSEs and an unhealthy obsession with Holby City. But an imposter nonetheless.

I started teaching in a primary school in London in 1988, at a time when London schools were finding it almost impossible to recruit, and through a combination of eagerness, luck and market forces, made rapid progress. After three years, I was invited to apply for a Deputy Headship by someone I chatted to over coffee on a CPD course, and was appointed. As a new Deputy Head with responsibility for teaching and learning, I observed the teaching of wise and experienced colleagues and gave then pointers for improvement, all the while storing away tips and techniques to improve my own teaching.

I became a Head nine years after I had joined the profession, spent four happy years in a lovely school full of challenges but surrounded by supportive and talented colleagues, before taking over an inner-city school in Special Measures. With wonderful support from colleagues in the Local Authority, in neighbouring schools, and most of all on the staff team, we began to make a difference. After six years there (by far my longest stint in a single job at that time), I became a Local Authority adviser.

As I walked around great schools, led by wise Head Teachers, and staffed by dedicated and skilled practitioners, my first thought was usually ‘that’s a good idea, I wish I’d done that when I was a Head’. In my time in the job, my imposter experiences came thick and fast – standing in the front of a conference room, explain to 200 Headteachers how to implement the new National Strategy initiative that I had read for the first time the day before, carrying out a performance management review for the Virtual School Headteacher who had already forgotten more about the education of looked-after children than I could hope learn in my whole career, feeding back to members of the education select committee about the challenges of running a small rural school despite never having worked in a school that was either small or rural. Thinking on my feet, reading everything I could, relying on great colleagues – they got me through by the skin of my teeth. As long as I stayed true to my own values and the values of the organisation I worked for, I felt I could make a contribution through a combination of hard work, willingness and dumb luck.

My greatest imposter moment came relatively late in my career. I took the opportunity to apply for a post leading a small Trust, a post that meant an increase in salary, in a stimulating environment, with schools full of potential, much of it not yet realized. The only problem was that it comprised two secondary schools and a sixth form.

Now it’s not as if I hadn’t been in secondary schools before. I’d attended one thirty years previously and often worked with secondary colleagues. However, with the best will in the world, you couldn’t call me an expert. I was suddenly introduced to a whole new lexicon of exam specs, BTECs, EBacc, ALPS, NEETS – my head was reeling. I was one carefully targeted question away from exposing my ignorance and shattering my credibility with my new colleagues, all of whom quite reasonably assumed that the person leading their organisation had a reasonable working knowledge of the sector in which he was working.

In all my early meetings I was in constant danger of displaying an entirely justifiable sense of panic. Over time, of course, my expertise grew and knowledge increased to the point where I feel confident enough to share these reflections, but the memory is still vivid.

Now, I’m not naïve, on reflection, the privileges that so often accompany my race and gender are likely to have been a significant factor in some of the promotions I have gained, particularly early on in my career. Not directly or overtly, and almost certainly not with the conscious knowledge of the people doing the appointing, but it’s there nonetheless. It’s a regret that it has taken me until late in my career to recognise this, and to acknowledge the responsibility this places on me to make things better for others.

So what has my career as an Imposter taught me? Firstly, that knowledge and skills can be acquired along the way and that if you wait until you are totally ready to move to the next step, it’s a step you probably won’t ever take. A bit of impostership is inevitable, and no bad thing if you get the balance right.

Secondly, that no matter how important anyone’s role is in an organisation, they’re only ever part of a team. The important thing is not whether everybody in the team has the full range of knowledge and skills required, but that somebody does. In hindsight, even when my knowledge gap has been greatest, there has usually been something that I have been able to usefully contribute, and some skills can apply in almost all circumstances.

I’ve learned that in terms of career development, there are some vital things that don’t come under the category of skills, knowledge or experience, but are attributes and attitudes that make a huge contribution to any leadership team. Perhaps most importantly, positivity and optimism are an essential prerequisite for leadership, not least when they are in short supply elsewhere – everyone wants people on their team who has a belief that success is achievable and can communicate that with a degree of infectiousness. Loyalty and trustworthiness are always noticed and appreciated – every leader has to trust his or her team implicitly, or open discussion and dialogue is impossible. That doesn’t mean being a yes-man, in fact giving an honest opinion is the most important thing to do, as long as it takes place at the right time and place, and with the right audience.

I’ve learnt that if you want to do a job, you should start doing it before you’re appointed. For example, if you want to be a Deputy Head, start volunteering to be doing Deputy Head-type roles – assemblies, timetables, mentoring, policy development. Join the Governors, attend the PTA, chair the Parents’ Forum. Apart from the professional learning and enjoyment these roles can bring, don’t see it as doing something for nothing, see it as an investment to be cashed in at a later date. Don’t let people down – meet deadlines, contribute to meetings, check emails, be a supportive colleague – when you achieve a leadership role, you realise just how much you value the colleagues who can depend upon to do these apparently simple things.

Finally, the thing that allows the Imposter to survive without the whole shaky edifice crumbling – never forget that you’re always learning, whether that’s through formal structured professional development, through reading and reflection, or simply by engaging with professional conversations on social media. In an ever-changing education world, when we lose our curiosity and stop learning, we don’t stay still, we go backwards. As leaders, whichever direction we go, we take others with us, so forwards seems like the best direction of travel – now that we’ve bluffed our way into this position, we may as well make it count.

I'm the Chief Executive Officer of the White Hills Park Trust, a current Ofsted Lead Inspector, former Head of both primary and secondary schools, and a former LA School Improvement Adviser, as well as being a practising teacher. I am interested in schools and school systems built on generous collaboration, collective responsibility and strong values. My blog is a place where I share my thoughts and ideas on the world of education and school leadership, with the aim of provoking debate and discussion. Click the logo above to read more. View all posts by Dr Heery

2 thoughts on “Confessions of an Imposter”